My Last Year in the Army Begins 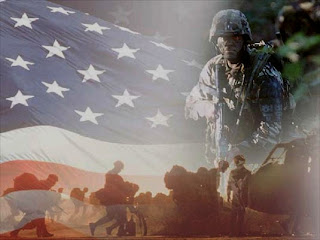 Since I turn 60 on February 28 of that year and must retire from the military, this will be my last year in the Army. The fact is that the military still needs experienced soldiers to mobilize and train the troops that are being shipped off to war.

When this final year ends, I will return to duty at the police department. From that point on, I will work as a cop until it isn’t fun any more. Then I will retire from there as well.

My decision was also based on which organization needed me more right now – the police department or the Army. Although I may be “getting on” in years, I still like a challenge and it feels good to put my experience to the maximum use possible.

All I have to do is read the casualty and after-action reports sent to us from the war zones. Then I look into the faces of the kids we are training and deploying. After everything I have done throughout my life, I believe I am needed more in the Army for the next year.

My employer has been pretty good about supporting me. Whenever there were issues about active duty, we shared information and we resolved them together. I know it is hard on them to have employees remain on active duty during wartime. When I was in Iraq, their support was invaluable and I appreciated it when they stood by me.

I haven’t heard from anyone at the PD since I forwarded my new orders, but I only hope they understand that it is worthwhile to “loan” me out to America during wartime for the purpose of teaching soldiers how to stay alive. It is one way everyone at the department can support the troops, whether or not they support the war.

I looked again at the picture of Nichole M. Frye, the young private in our unit who was killed shortly after our arrival in Iraq in 2004. PFC Frye (promoted to specialist after her death) came through a class I helped teach at Camp Shelby, Mississippi. Our class was on how to clear a building, but she was killed when insurgents attacked her un-armored Humvee with an IED.

No matter how much we care and no matter how hard we train them, some of them won’t come home. That fact is causing goose bumps on my arms right now because I care about them as if they were my own kids. Their young fresh faces with the bright smiles go hand-in-hand with the positive attitudes they bring to the Army.

I am so proud of them for their professionalism, their warrior spirit and their willingness to sacrifice everything for all of us.

I simply must do everything I can for as long as I can to make them ready...