Remembering The Troops At Thanksgiving 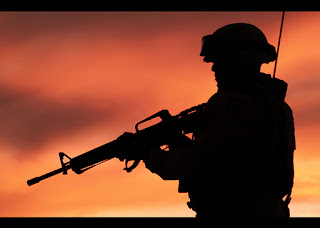 As we gather with our family and friends to celebrate another Thanksgiving, don't forget the troops who make it possible for us to enjoy this day in peace and safety.

Please say a prayer for the thousands of Soldiers, Sailors, Airmen, Marines, and Coast Guardsmen who are in harm's way. Without their sacrifice - and the sacrifice of their families - this world would be a very different place....

The Haunting Bagpipes of "Sgt. MacKenzie" - From "We Were Soldiers"

Those who saw the movie "We Were Soldiers" will remember this solemn bagpipe music. Here it is in full with an English translation: 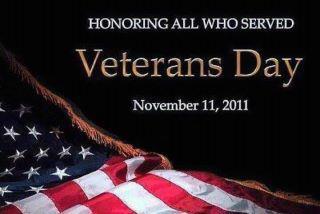 Please take time today to honor America's veterans. We live our daily lives in safety and security because of their service and sacrifice.

May God bless all of America's veterans, and may He continue to bless the United States of America. 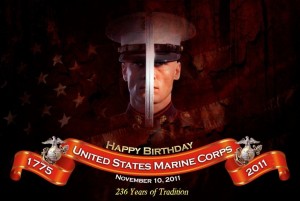 I had the great honor to serve with Marines from Vietnam to Iraq. Their courage, sacrifice, and devotion to honor is second to none. Without the Marines, this world would be a very different place.

Happy birthday to all Marines, and thank you for protecting America for 236 years.

You remember everything about it. It's always with you, just below the surface. You think about some part of it several times a day. Why does a warrior remember his life at war? Because he left part of his soul on the battlefield. He also saw many of his friends for the last time on that same battlefield, and he shared with them the agony of their last moments on earth.

You can't describe it to those who haven't experienced war. When you meet a fellow war veteran, no words are really necessary. The eyes say it all; the tired eyes with a unique depth to them. The eyes that have seen the very worst of mankind when they peeked into the very depths of hell.

After I watched the preview below, I became hopeful that this might finally be the documentary that accurately told the story of my fellow Vietnam veterans and me. We shall see, but at least it will give you another chance to understand what makes us who we are.

After all, we were the first generation of American warriors to be scorned upon our return. Following my own bad experiences with anti-war "hippies" in airports in San Francisco and Atlanta, I arrived home only to take my uniform off and not put it on again for almost ten years.

Then, when I returned from Iraq in 2004, it was terrific to see that this generation has been welcomed with open arms by those they protected. I was finally able to come full circle as a Vietnam veteran. I only wish all of my fellow 'Nam vets could have had the same experience.

Now this generation will also have the imprint of war on their souls. And it will be with them for each and every day of the rest of their lives.

"There are some events that are so overwhelming that you can't simply be a witness, and it will be with you all of your days...." From Vietnam in HD and The History Channel.

Charles M. Grist
Author of the award-winning book "My Last War: A Vietnam Veteran's Tour in Iraq"
Posted by Charles M. Grist: at 8:02 PM No comments: