Remembering Our Troops at Christmas 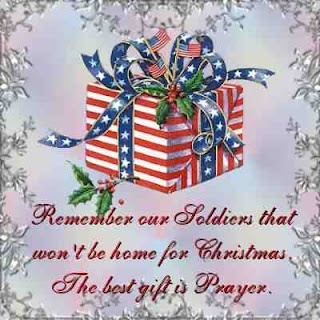 I remember my Christmas in Vietnam in 1970:

Watching the Bob Hope Christmas show in Bien Hoa, playing cards on the firebase, drinking a lot of beer, looking at the stars and thinking about past Christmases, missing my family back home, recalling how hard my mom worked in the kitchen making cookies or a turkey dinner, listening to the far-off sound of artillery. I even watched a firefight in the darkness of the valley below - the good guys' tracers were red, the bad guys' tracers were green - the Christmas colors...

In Iraq, Afghanistan, and on lesser known battlefields throughout the world, our soldiers, sailors, airmen and Marines are fighting the good fight so that we may enjoy our Christmas in peace. Take time to think of them, and ask God to protect them. To my military friends who are at war or serving stateside, thank you for your service on our behalf.

Thanks also to everyone who has supported America's warriors. I extend my best wishes for a Merry Christmas to all of the readers of "American Ranger" and to each of your families. May God continue to bless America. 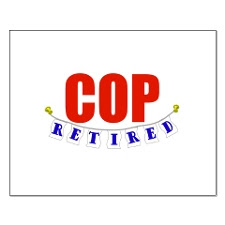 He's a private guy, so I'll just call him Gary. By the time I joined our police department, he had been there for ten years. He retires this week after thirty years on the job. Before he made the decision to become a law enforcement officer, he courageously served his country as a door gunner in Vietnam, one of the most dangerous jobs in the Army.

When you think of a cop, this is the guy. He's worked patrol, risked his life on a motorcycle as a traffic cop, hunted down burglars and car thieves as a street crimes officer, and solved murders, robberies and scores of other crimes as a detective. Only recently, Gary and a couple of our other officers apprehended a bank robber only a block from the bank, recovering the money, the gun, and making sure not one single innocent person was hurt.

Except for his first few years, he's been a cop at the same police department for his entire career. As he has watched the older officers retire, Gary has mentored the younger cops who followed them. He is respected by his peers, by the citizens he has served, and even by the bad guys he's put in jail.

We will all miss him. I will miss our breakfasts at McDonalds, we will all miss his sense of humor, and the department will never be the same after his departure. We've talked about the fact that one door may be closing, but another will open. There is no doubt he will continue to serve his family and his community in some important way.

Gary reminds me that my own retirement is not far behind. As it was for me in the Army, so shall it be for us old guys at the police department. It is time to turn it all over to the young lions - the new, energetic cops who have followed us into a challenging profession. I'm not ready to go yet, but it won't be that much longer for me either.

Over the years, I have taught soldiers one important thing. Throughout history, there has always been one segment of society who was willing to protect everyone else; one group of men and women willing to stand between the innocents of the world and those who would hurt them. This part of society is the Warrior Class; the soldiers carry the weapons they must use against foreign enemies - the cops carry the guns that must sometimes be used against those who would hurt us here.

Gary has spent his life as a member of the Warrior Class. We should all be thankful for his service. I am grateful for his friendship and for his personal example of what a cop should be.

A Gift Idea for Your Veteran: Give Them a Copy of "My Last War: A Vietnam Veteran's Tour in Iraq"

Here's a great gift idea for Christmas! Give your veteran or active duty service member a copy of my book!

If you still don't know what it's about, go to www.MyLastWar.com where you can get information and watch the book trailer.

Here are links to Amazon.com and Barnes and Noble.com where you can order the book. It is also available at other online retailers.