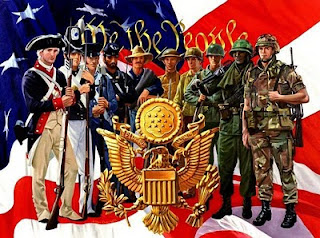 I have fought a good fight
I have finished my course
I have kept the faith.

I remember the 18-year-old kid from Tennessee who let me use his transistor radio, the baby-faced private from North Carolina with the big grin, the staff sergeant and the two sergeants stretched out in body bags at my feet. All of their names are on the Vietnam wall because they gave their lives for their country.

I also remember one particular lieutenant.

Late in 1970, after several months as an infantry platoon leader, I got sick as a dog one morning after we returned to the firebase. At first the medics thought it was malaria, but it was another miserable jungle virus, and I was laid up in the rear area for about a month. Unfortunately, another lieutenant was sent to take over my platoon.

He was nice about it, but he said he was sending another lieutenant to take over that platoon. I had gotten to know this young officer from our chess games in a firebase bunker. He was a West Point graduate and a career officer who needed the field time, so the commander said I could have the next platoon.

Less than two weeks later, the West Pointer and his men walked up on an NVA bunker complex. Along with several other soldiers, he was killed when a North Vietnamese soldier detonated a Chinese claymore mine. If I had been in command of that platoon as originally planned, I would have been the one killed.

Years later I stood in front of the Vietnam Memorial in Washington, D.C. and stared at the engraving of the lieutenant's name. Only a quirk of fate put his name there instead of mine.

There are now those from Iraq and Afghanistan who don’t yet have their own place in Washington, D.C., but whose names will one day appear on a monument for Operation Iraqi Freedom and Operation Enduring Freedom. They have sacrificed everything in this new war just because their country needed them.

From Bunker Hill to Baghdad, America’s warriors have given their lives to defend this nation and its allies from those who would enslave or kill our fellow citizens. On battlefields in Iraq, Afghanistan and other countries throughout the world, we continue to lose our sons, daughters, brothers, sisters, fathers and mothers as they protect our way of life with honor and valor.

Those of us who have fought in America’s wars will never forget the faces of our comrades. We will remember them when they were laughing, sharing a meal, missing their families or lying dead in a body bag. They will always be in our hearts and souls.

We hope that, on this Memorial Day, all of you will remember them, too.

A Few Interesting Statistics About Vietnam Veterans and The Vietnam War 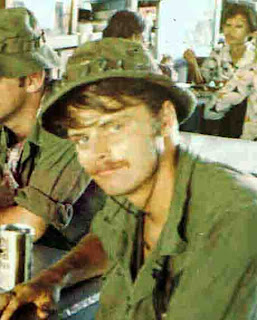 A fellow Vietnam veteran has forwarded some interesting statistics (below) about us that the average American might not know. Please share this information with the Vietnam veteran in your family.

(The above photo is a young Lieutenant Grist in Vung Tau in 1970. Note the Vietnamese beer, the grenade pins on the boony hat, and the compass in the upper left pocket of the jungle fatigues that is attached with a bootlace. Anyone remember things like this?)

Here is the article from my friend:

"Of the 2,709,918 Americans who served in Vietnam, less than 850,000 are estimated to be alive today, with the youngest American Vietnam veteran's age approximated to be 54 years old.

So, if you're alive and reading this, how does it feel to be among the last 1/3rd of all the U.S. Vets who served in Vietnam? Don't know about you, but kinda gives me the chills, considering this is the kind of information we are used to reading about WWII and Korean War vets.

These statistics were taken from a variety of sources to include: The VFW Magazine, the Public Information Office, and the HQ CP Forward Observer - 1st Recon April 12, 1997.

STATISTICS FOR INDIVIDUALS IN UNIFORM AND IN-COUNTRY VIETNAM VETERANS:

2,709,918 Americans served in Vietnam, this number represents 9.7% of their generation.

Of the 2.6 million, between 1-1.6 million (40-60%) either fought in combat, provided close support or were at least fairly regularly exposed to enemy attack.

The first man to die in Vietnam was James Davis, in 1958. He was with the 509th Radio Research Station. Davis Station in Saigon was named for him.

Total: 58,202 (Includes men formerly classified as MIA and Mayaguez casualties). Men who have subsequently died of wounds account for the changing total.

Five men killed in Vietnam were only 16 years old.

Multiple amputations occurred at the rate of 18.4% compared to 5.7% in WWII.

86.3% of the men who died in Vietnam were Caucasian (includes Hispanics);

70% of enlisted men killed were of North-west European descent.

34% of blacks who enlisted volunteered for the combat arms.

Overall, blacks suffered 12.5% of the deaths in Vietnam at a time when the percentage of blacks of military age was 13.5% of the total population.

Vietnam veterans have a lower unemployment rate than the same non-vet age groups.

Vietnam veterans' personal income exceeds that of our non-veteran age group by more than 18 percent.

76% of the men sent to Vietnam were from lower middle/working class backgrounds.

Three-fourths had family incomes above the poverty level; 50% were from middle income backgrounds.

Some 23% of Vietnam vets had fathers with professional, managerial or technical occupations.

79% of the men who served in Vietnam had a high school education or better when they entered the military service. 63% of Korean War vets and only 45% of WWII vets had completed high school upon separation.

85% of Vietnam Veterans made successful transitions to civilian life.

82% of veterans who saw heavy combat strongly believe the war was lost because of lack of political will.

Nearly 75% of the public agrees it was a failure of political will, not of arms.

97% of Vietnam-era veterans were honorably discharged.

91% of actual Vietnam War veterans and 90% of those who saw heavy combat are proud to have served their country.

74% say they would serve again, even knowing the outcome.

87% of the public now holds Vietnam veterans in high esteem.

INTERESTING CENSUS STATISTICS ABOUT THOSE WHO CLAIM TO HAVE "BEEN THERE":

During that same Census count, the number of Americans falsely claiming to have served in-country was: 9,492,958.

During this Census count, the number of Americans falsely claiming to have served in-country is: 13,853,027. By this census, FOUR OUT OF FIVE WHO CLAIM TO BE Vietnam vets are not.

The Department of Defense Vietnam War Service Index officially provided by The War Library originally reported with errors that 2,709,918 U..S. military personnel as having served in-country. Corrections and confirmations to this erred index resulted in the addition of 358 U.S. military personnel confirmed to have served in Vietnam but not originally listed by the Department of Defense. (All names are currently on file and accessible 24/7/365).

Isolated atrocities committed by American Soldiers produced torrents of outrage from anti-war critics and the news media while Communist atrocities were so common that they received hardly any media mention at all. The United States sought to minimize and prevent attacks on civilians while North Vietnam made attacks on civilians a centerpiece of its strategy. Americans who deliberately killed civilians received prison sentences while Communists who did so received commendations.

From 1957 to 1973, the National Liberation Front assassinated 36,725 Vietnamese and abducted another 58,499. The death squads focused on leaders at the village level and on anyone who improved the lives of the peasants such as medical personnel, social workers, and school teachers. - Nixon Presidential Papers."

Now you know that the guy with the "Work for Food" sign next to the overpass is less likely to be a Vietnam veteran than the business or professional person that you deal with every day.

I hope you will read my book, "My Last War: A Vietnam Veteran's Tour in Iraq."
Posted by Charles M. Grist: at 3:25 PM No comments:

American Ranger - The New Road Ahead 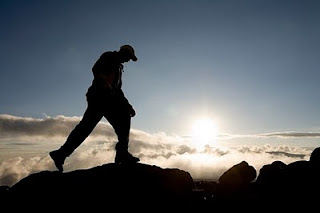 Well, the final countdown is on. I will retire from the police department at the end of this month, which means only twelve more workdays because of our 12-hour shifts.

I know I haven’t had many postings on “American Ranger” recently. For that, I apologize. However, I have been re-evaluating how I will handle the blog after I retire. I started it in 2006 in preparation for my last two years on active duty. At that time, I anticipated I would deploy again to Iraq or even to Afghanistan.

Unfortunately, my unit would never release me to deploy, and I spent those last two years training and mobilizing the soldiers who did go to war. Yes, training is an important job, but there is still nothing like being “at the front” with your fellow warriors, doing the job you were trained to do.

Now I will be a retired cop as well as a retired soldier. But I’m still a “full-time” American, so there is always much to be done – even as a civilian. The only thing really happening is that one door is closing even as another opens. This old warrior cop will never really retire.

Trust me, “American Ranger” will continue. I will continue to support America’s warriors (whether soldiers or cops), and I will work to spread the word of what America is all about. Like most of you, I am concerned about the direction upon which the current administration has embarked. Real Americans will ultimately fix the problem, and that fix must begin with the Congressional elections in the fall.

The adventure of life goes on.