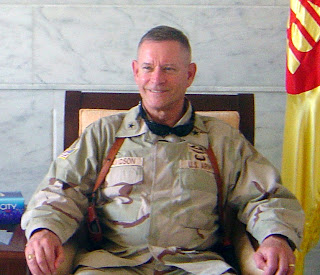 During my tour in Iraq in 2004, I was the sergeant-in-charge or NCOIC of the protective service detail (PSD) for then-Brigadier General Charles “Sandy” Davidson (shown above in northern Iraq in July, 2004).

Along with the other members of the C.O.B.R.A. Team (Staff Sergeant Aaron Self, Sergeant Chad Higginbotham and Sergeant John Actis II), I was honored to protect the general during hundreds of convoys as well as during journeys to different parts of Iraq.

Upon his return from Iraq in late 2004, Sandy Davidson continued his active service and completed another overseas assignment in Pakistan. After he was selected for promotion to major general and assigned to Central Command, he began a fierce battle against the greatest enemy of his life.

Major General Davidson fought cancer with the same determination, courage and dignity with which he faced America’s enemies, but his last defensive position was finally overcome and he passed away on February 7, 2008.

He will be buried with full military honors in Arlington National Cemetery.

On February 17, 2004, less than two weeks after our arrival in Baghdad, we escorted the general to Tikrit for a briefing on the attack that resulted in our first soldier killed in action, PFC Nichole M. Frye. Frye was killed when an IED detonated next to her Humvee.

I later wrote about this trip which was my first chance to see Sandy Davidson in action:

"Actis and I were present during the briefing in Tikrit. Afterwards, General Davidson spoke to the officers and soldiers present. The general was visibly moved as he gave his deepest condolences for the loss of PFC Frye. He said the unit did everything it could to avoid casualties and the soldiers reacted as they were trained, but sometimes, in war, there was just nothing you could do.

I was still getting to know the general, but I was already impressed with his compassion and how much he cared about his troops."

General Davidson got a kick out of the fact that I had been an officer during my Vietnam years, but that I returned to the Army as a sergeant. We sometimes joked about how different our relationship might have been had I continued my officer career. I later wrote the following:

"Some two years and three months after I graduated from Infantry Officer Candidate School, Charles (Sandy) Davidson completed the same course. Like me, he was commissioned in the infantry. Unlike me, he made something of his military career.

Rising through the chain of command, Davidson completed a host of military courses including the Infantry Officer Advanced Course (the one I missed that cost me my commission), the Air Assault Course, Command and General Staff College, the Army War College and many others. His career led him through a long list of command and staff positions in units involved in either training or special operations.

Davidson was mobilized as the Deputy Chief of the Coalition Warfare Branch of the Civil Affairs Task Force of the 352nd Civil Affairs Command during Operation Desert Storm. He earned his own combat infantryman badge while attached to the 5th Special Forces Group. Mobilized again in 1997 as commander of the Tactical Psychological Operations Support Element for the 1st Infantry Division, he served in Bosnia during Operation Joint Guard.

Our 'principal' was a well-educated man who earned a Bachelor of Arts degree in English from Wofford College and a Master of Arts in Psychology from the Catholic University. He and his wife, Mary Alice, lived in Spartanburg, South Carolina.

The list of Sandy Davidson’s achievements, training and assignments would merit its own book. By the time Brigadier General Davidson took command of the 350th Civil Affairs Command, he was no novice at command or leadership. Davidson’s responsibilities in Iraq included both the command of the 350th and the duties of the director of civil-military operations for the Multi-National Forces Iraq.

Sandy Davidson walked a distinguished path even before he reached Iraq. As a sergeant it wasn’t my job to get to know him or to become too familiar with my commanding general, but it was impossible not to understand to a small degree what made him tick. I quickly learned to respect him as a leader and to like him as a man.

If I had possessed a little more ambition as a young officer, he would be the one calling me 'sir'. That’s all right; some have it and some don’t. We were both where we were meant to be; he was the dignified general and I was the grumpy old sergeant."

Shortly after Iraq’s new leaders assumed the responsibility for their country, one of our journeys with General Davidson took us to the legendary city of Babylon. He was tasked with creating a team that would help protect the most important archeological site on earth.

At one point I noticed the general looking out over the ruins of the ancient city and I later recalled that day:

"I watched General Davidson look out over the desert as he surveyed a land that was a combination of myth, legend and history. As he stood there, it wasn’t hard to imagine Alexander the Great standing in the same place taking in the majesty of Babylon. The two generals came for much different reasons, however.

Alexander came to conquer and rule. Our general and the Coalition came to liberate, nurture and protect. Now that we had given the keys of freedom to the new nation of Iraq, its citizens possessed a great opportunity to create a new modern legend for an ageless land."

When America lost Major General Sandy Davidson, it lost one of its most dedicated warriors and devoted citizens. His fellow soldiers lost a leader and friend who will remain an example of the Army values of loyalty, duty, respect, selfless service, honor, integrity and personal courage.

When the general stands before the gates to Heaven, he will certainly be met by a new protective service detail of American warriors like PFC Frye who have prepared the way for all of us. I’m sure he knew we would pick up his sword and carry on the fight in the Global War on Terrorism.

Until his fellow warriors, his close friends and his family members can stand at his side once again, it is comforting to know that he will be in the company of heroes. 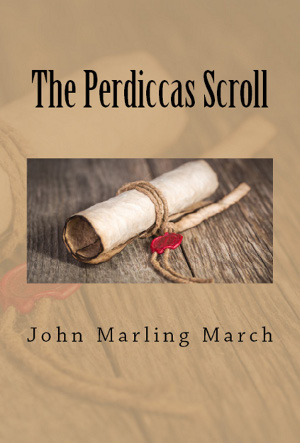 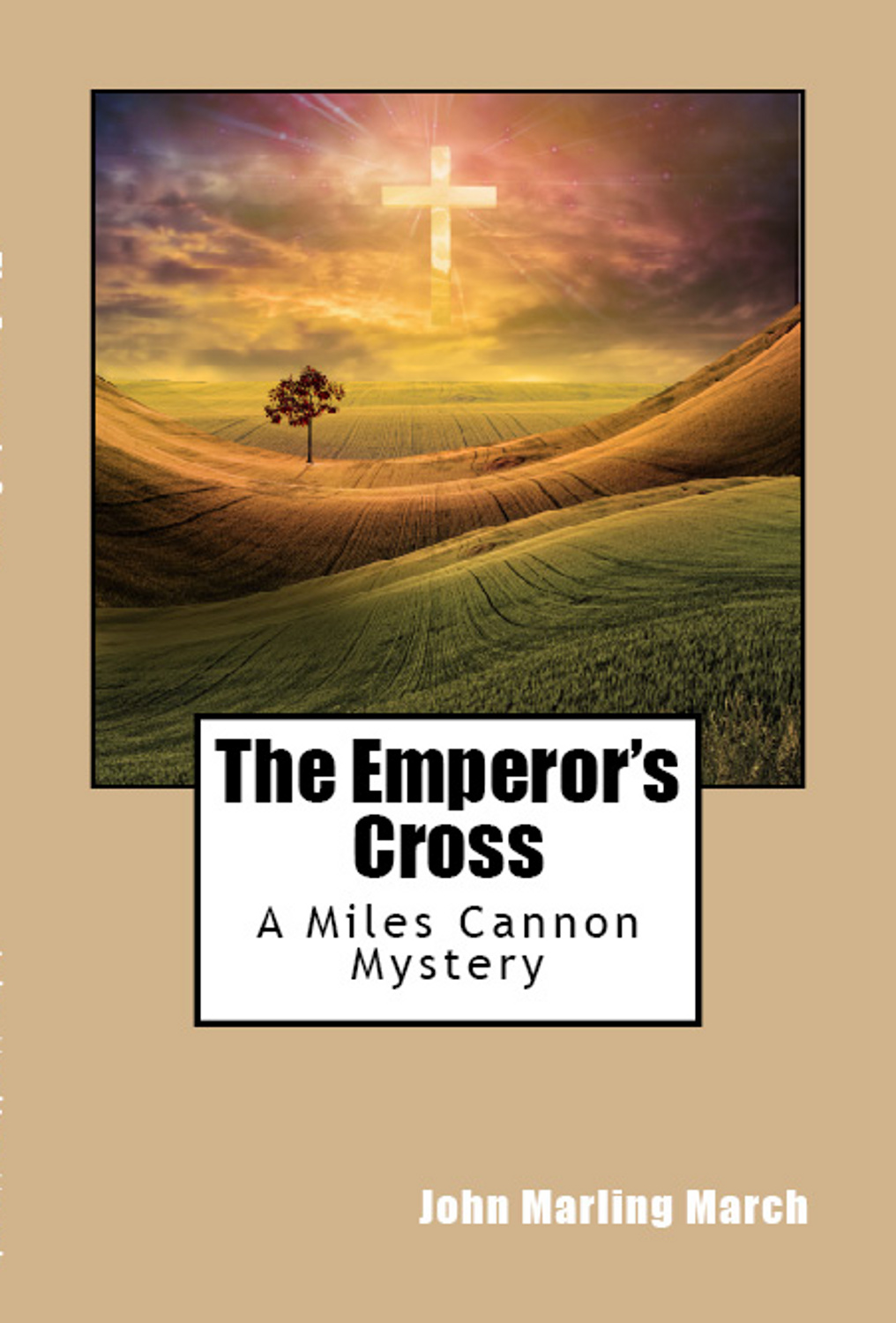 Book 2 of the Miles Cannon Mysteries