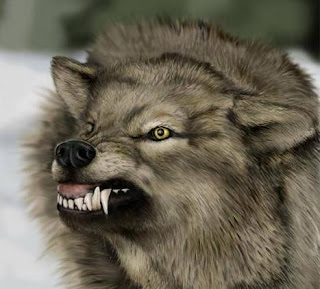 We have talked about the dangers of the Lone Wolf terrorist before in "American Ranger". We had another post (link here) following a previous such incident.

Scattered throughout America, in our small towns and in the big cities, are Islamic extremists plotting to attack Americans. Some of these self-described "holy warriors" may be acting on behalf of Al Qaeda. Others are Al Qaeda "wannabees" who have created their own little terrorist "clubs". A few are individuals who believe they are creating plots inspired by God. When they are ready, or when some type of emotional crisis sets them off, they execute their attacks on innocent men, women, or children.

The incident at Fort Hood will be investigated, and we will eventually learn whether or not there were signs or warnings that this Army officer was preparing his own "jihad". So far, it sounds like he had expressed his fundamentalist feelings in arguments with his military peers. Such sympathies with our enemies should have triggered some type of investigation, but we do not yet know if that happened.

All of us must remember that the war on terror has no front lines. The fanatics who want to destroy us are the ultimate guerrillas. They are not only in Iraq and Afghanistan; they live and work among us here in the United States and within the borders of our allies around the world.

Their agenda is not a pretty one, so we must use our eyes, ears, and common sense when we see, hear, or learn about something that doesn't seem right. Then we must contact authorities. Every police agency in this country has someone who is designated to handle such complaints.

Whether it is a burglary in progress, a suspicious person, a questionable package, or some other unusual event, Americans have done a good job with their "neighborhood watch" programs. Community oriented policing has enhanced the communication between citizens and law enforcement.

We must extend this cooperation to the prevention of terrorist attacks. The American spirit will not permit these Islamic thugs to destroy our way of life. We will work together to protect our homes, families, and businesses.

If by chance YOU are a "Lone Wolf", or the member of a terrorist cell, or part of a group of "wannabees", understand this - we are looking for you, and we will hunt you down like the animals you are.....