American Ranger ALERT: We Must Hunt Down This Cop-Killer 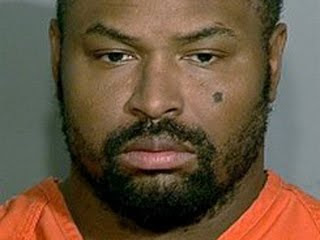 All Americans, especially those in Washington state, need to keep a lookout for MAURICE CLEMMONS, the alleged murderer of four cops in a cowardly ambush killing. The following article is from Fox News:

A man with an extensive criminal past — including a lengthy prison sentence commuted by former Arkansas Gov. Mike Huckabee nearly a decade ago — was being sought Sunday in a deadly ambush on four police officers who were gunned down inside a coffee shop.

Pierce County sheriff's spokesman Ed Troyer told reporters that Maurice Clemmons, 37, was believed to have been in the area around the time of the shooting, but declined to say what evidence might link him to the shooting.

Clemmons has an extensive violent criminal history from Arkansas, including aggravated robbery and theft, the sheriff's office said. He also recently was arrested and charged in Washington state for assaulting a police officer, and second-degree rape of a child. Using a bail bondsman, he posted $150,000 and was released from jail last week.

Still unclear was why a man entered the coffee shop and gunned down Sgt. Mark Renninger, 39; and Officers Ronald Owens, 37; Tina Griswold, 40; and Greg Richards 42.

We have no motive at all," Troyer said. "I don't think when we find out what it is, it will be anything that makes any sense or be worth it."

The four officers were with the 100-member police department of Lakewood, which adjoins the unincorporated area of Parkland, where the shootings took place.

"He didn't have a mean bone in his body," she said. "If there were more people in the world like Greg, things like this wouldn't happen.

An impromptu memorial of an American flag, flowers and candles decorated the front yard at Renninger's home. His family declined to speak with reporters.

On Sunday night, a motorcade of dozens of police cars and motorcycles with lights flashing escorted the bodies of the four officers to the medical examiner's office.

Troyer said investigators believe two of the officers were killed while sitting in the shop, and a third was shot dead after standing up. The fourth apparently "gave up a good fight."

"We believe there was a struggle, a commotion, a fight ... that he fought the guy all the way out the door," Troyer said. "We hope that he hit him." Investigators were asking area medical providers to report any gunshot wounds.

In 1989, Clemmons, then 17, was convicted in Little Rock for aggravated robbery. He was paroled in 2000 after Huckabee commuted Clemmons' 95-year prison sentence. Huckabee, who was criticized during his run for the Republican presidential nomination in 2008 for granting many clemencies and commutations, cited Clemmons' youth. Clemmons later violated his parole, was returned to prison and released in 2004.

Troyer said the gunman entered the coffee house and walked toward the counter as if to place an order. A barista saw a gun when the man opened his jacket and fled out the back door. The man then turned and opened fire on the officers as they sat working on their laptops

Troyer said the attack was clearly targeted at the officers, not a robbery gone bad.

"This was more of an execution. Walk in with the specific mindset to shoot police officers," he said. "There were marked patrol cars outside and they were all in uniform."

Troyer said the officers were catching up on paperwork at the beginning of their shifts when they were attacked at 8:15 a.m.

Two employees and a few other customers were in the shop during the attack. None were injured. All were interviewed by the Pierce County sheriff's investigators.

There was no indication of any connection with the Halloween night shooting of a Seattle police officer.

Authorities say the man charged with that shooting also firebombed four police vehicles in October as part of a "one-man war" against law enforcement. Christopher Monfort, 41, was arrested after being wounded in a firefight with police days after the Seattle shooting. He remains hospitalized in stable condition, the hospital said Sunday.

The officers killed Sunday were a patrol squad made up of three officers and their sergeant. No threats had been made against them or other officers in the region, sheriff's officials said.

"We won't know if it's a copycat effect or what it was until we get the case solved," Troyer said.

The coffee shop, part of a popular local chain, is on a side street near McChord Air Force Base in Tacoma, about 35 miles south of Seattle. The shop is in a small retail center alongside two restaurants, a cigar store and a nail salon.

"We lost people we care about. We're working to find out who did this and deal with him." Pierce County Sheriff Paul Pastor told reporters at the scene.

This guy needs to be brought to justice ASAP....